It is estimated that more than 200,000 Americans have a third nipple. What is a third nipple and how can it be taken care of? This rare condition can occur in both men and women and affects about 2-6% of the general population.

In this guide, we will discuss the causes of an accessory nipple and how it can be removed.

What is A Third Nipple?

A third nipple is also known as an accessory nipple or a supernumerary nipple (when multiple nipples are involved). It is a condition where you have one or more extra nipples on your body, aside from the two which you should have on your breasts. An extra nipple, or the presence of multiple nipples, is known as polymastia or polythelia. This condition is more common in men than in women. An accessory nipple is the most common form of extra nipples, but it is possible to have up to 8 extra supernumerary nipples.

Supernumerary nipples can fall into different categories depending on size, shape, and tissue makeup:

A third or supernumerary nipple will not be fully developed or look like a regular nipple. It may not be recognizable as an actual nipple right away. The accessory nipple may appear as a tiny bump. They may appear on what is known as the “milk line”. This is the front part of your body that starts in your armpit and goes down through and past your nipples to your genital area. Identifying the location of the nipple is one of the simplest ways to tell the nipple apart from a mole or birthmark. Just keep in mind, extra nipples may appear anywhere on the body, even on hands and feet. 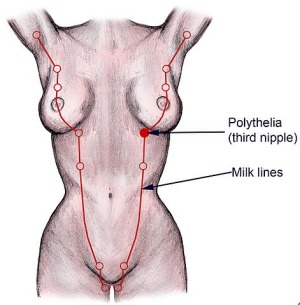 How An Accessory Nipple Develops

The third nipple will appear around 4 to 5 weeks of development as an embryo. The causes of the accessory nipple are unknown. However, we do know that baby’s breast tissue begins to develop along the mammary ridge (milk line), which goes from the groin to the breast. Not all the time, but sometimes, an accessory nipple will develop along this line.

If you have an accessory nipple and wish to have it removed the first step is to schedule a consultation with your physician. They will do a physical examination to determine the best approach to treatment. The removal is a relatively easy outpatient procedure, which will require minimal incisions and removal of excess breast, fat, and skin tissues.

Your procedure would be done under local anesthesia and completed within one hour. Dr. Nazarian is a board-certified plastic surgeon who is highly skilled in leaving minimal scarring. Recovery is a straightforward process and there is minimal downtime. You may experience some post-operative swelling, but this subsides within two weeks.  For the first year or so, the scar may be pinkish or brown compared to the surrounding skin.  After 1-1.5 years, it should mature into a thin light line.

Before and After Pictures

When Should I See A Doctor?

If your accessory nipple is causing discomfort due to lactating or radiating pain it may be time to seek treatment. You will want to see your doctor as soon as possible if any lumps, hard tissues, abnormal discharge, or rashes form in the area. When you have a rare condition such as an extra nipple, it will be important to have regular physicals so your physician can monitor your condition. This will allow your doctor to document any changes.

Accessory nipples are a rare condition. An estimated 200,000 Americans have more than 2 nipples. It is more common in men than in women.

Is having an accessory nipple bad?

An accessory nipple will not cause any health issues. It can be easily removed by surgery if it is lactating or causing pain. You will need to monitor your accessory nipple to make sure it does not develop a rash, hard tissue, abnormal discharge, or new lumps.

Can my additional nipple be removed?

Yes, an accessory nipple can be removed in most cases. Nipple removal is typically done for cosmetic reasons. This procedure is a noninvasive outpatient procedure and recovery time is short.

Is it possible to have three breasts?

Yes, polymastia is the term for three or more breasts. Polymastia can present as an extra nipple or a fully-formed breast. It may contain all parts of the breast or maybe missing parts such as the areola or nipple.

What will three nipples look like on a baby?

On a baby, the accessory nipple will look like a small tan or brown freckle that will be located somewhere on the stomach. Typically, on a vertical line beneath the regular one. Consult your pediatrician if you believe your baby has three nipples. 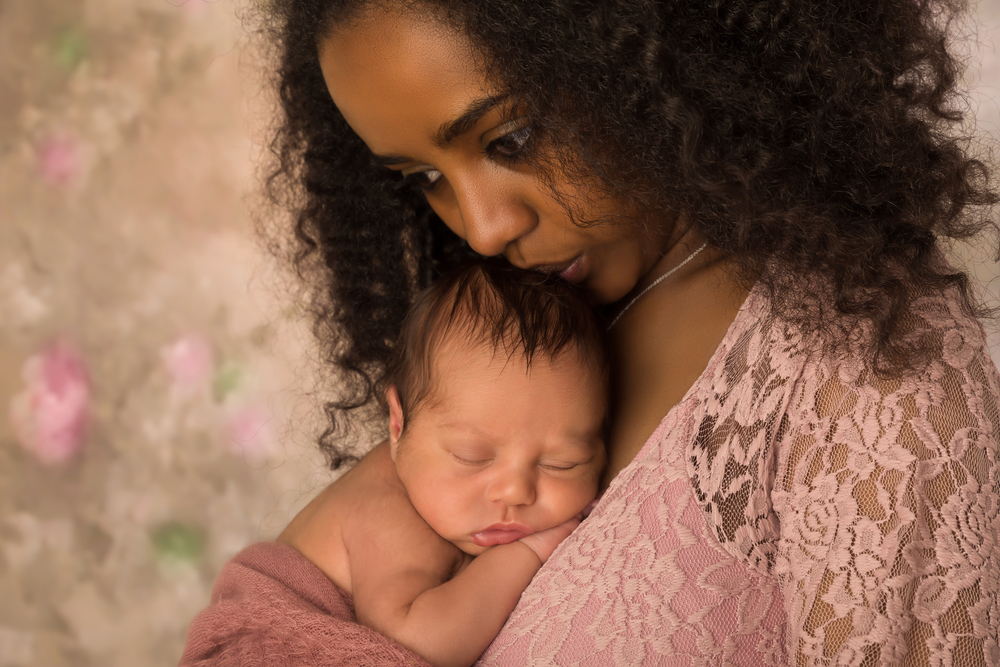 The Mommy Makeover: Rejuvenate Your Body After Pregnancy

The Mommy Makeover is a catchy phrase to describe the mother-of-all elective procedures that lets modern moms shape their bodies after pregnancy. The physical demands of pregnancy, birth and nursing can drastically change your body. […] 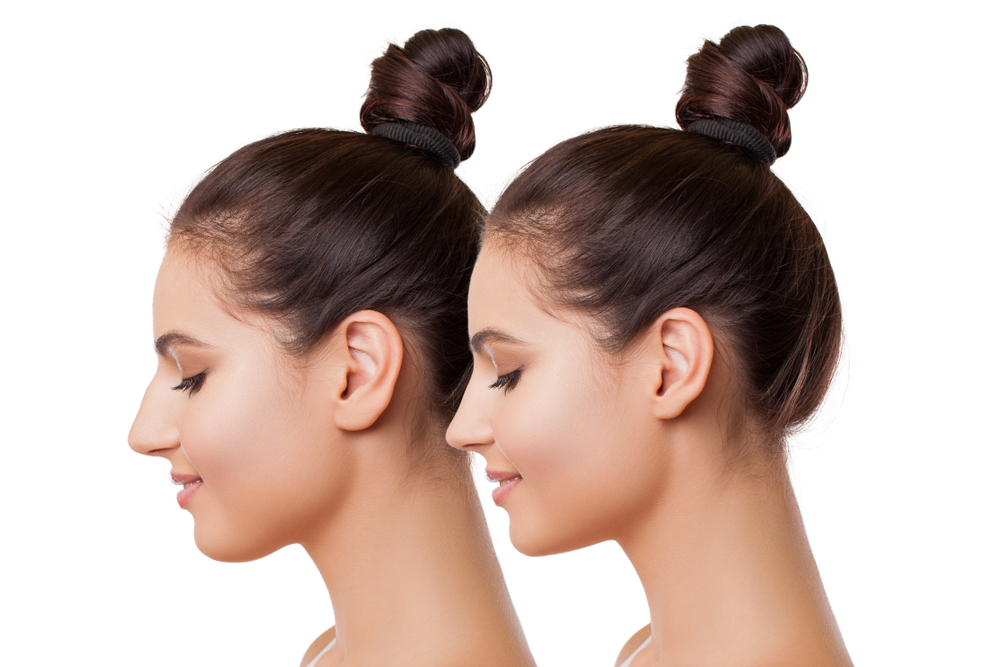 What is a Bichectomy? Explaining the Buccal Fat Removal Procedure 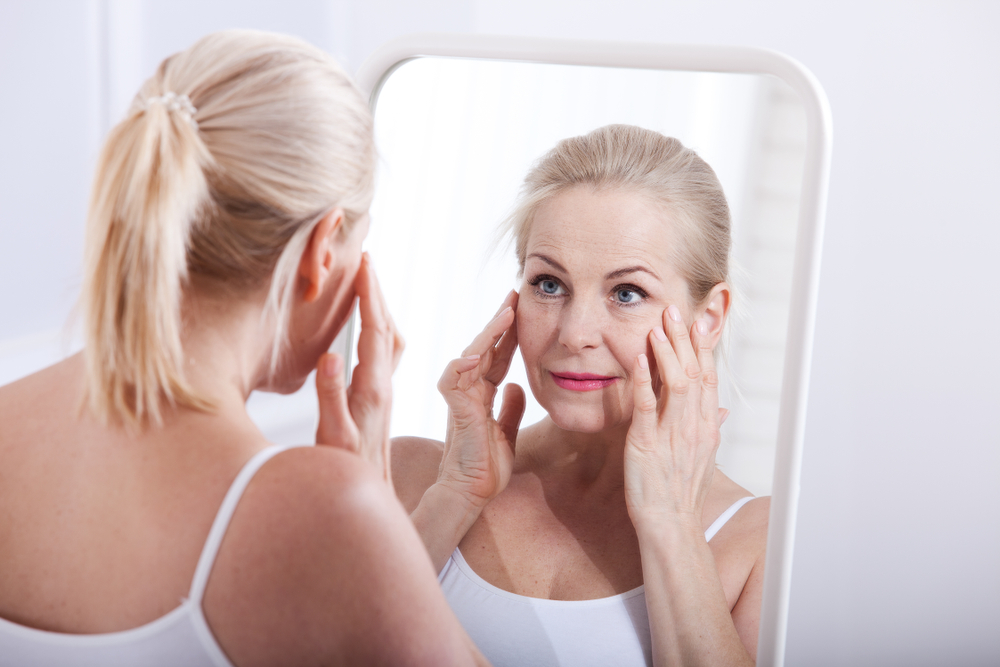 Types of Facelifts: Picking a Procedure That’s Right For You

As the body ages, you may gain weight in various parts of your body while the face loses volume and structural support. Combined with the loss of elasticity in your skin, wrinkles and lines start […]

Posted by Nazarian Plastic Surgery on Thursday, May 2, 2019